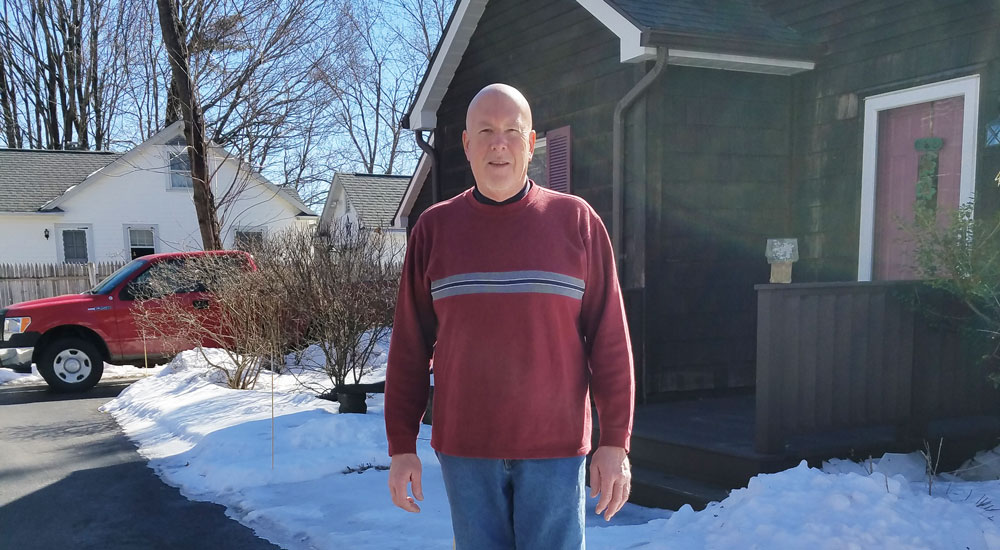 Stephen Cole has been dealing with inner ear pain and infections due to Eustachian Tube Dysfunction (ETD) for decades. He needs special tubes surgically inserted every few years to ease the middle-ear pain.

But, that seems to have changed after Cole underwent a new and unique surgery performed at Columbia Memorial Hospital by ear, nose and throat specialist Dr. Michael Kortbus. The surgery is called Eustachian Tube Balloon Dilation and was approved by the U.S. Food and Drug Administration in September 2016.

Cole’s procedure was performed at CMH in mid-January 2017 and was the first to be performed outside of a teaching hospital in all of New York State.

“Hopefully, I won’t need the tubes put in every two years. This should alleviate the need for the tubes,” said Cole, who lives in Red Hook and has been seeing Dr. Kortbus for many years.

The balloon dilation system was developed by Acclarent, a company that started with the technology of using balloons to open nasal passages but is expanding since being acquired by Johnson & Johnson.

“Health care providers treating ETD frequently see ear infections, pressure or blockage, or complaints such as hearing loss and pain. But until now, surgical options did not address the root of the problem within the Eustachian tube itself,” Kortbus said.

ETD is a condition that affects approximately 1 percent of adults. Eustachian tubes are typically responsible for equalizing pressure in the middle ear, but when the tube is not functioning properly, patients may feel pain, pressure, or a sense of fullness or clogging. People with ETD may also experience hearing loss or ringing in the ear.

Previously, ETD was treated with medications or surgery with ear tubes, one of the most commonly performed of all operations. But this surgery does not always correct the underlying problem and could lead patients to develop chronic symptoms, persistent complaints or more serious conditions such as middle ear effusion, infections, cholesteatoma and related long-term complications.

That was the case for Cole in recent years. But today, about a month after surgery, Coles says, “I’m feeling great!”

Anyone interested in discovering more about this innovative new procedure can call Dr. Kortbus at Hudson ENT in Red Hook at (845) 758-1456.